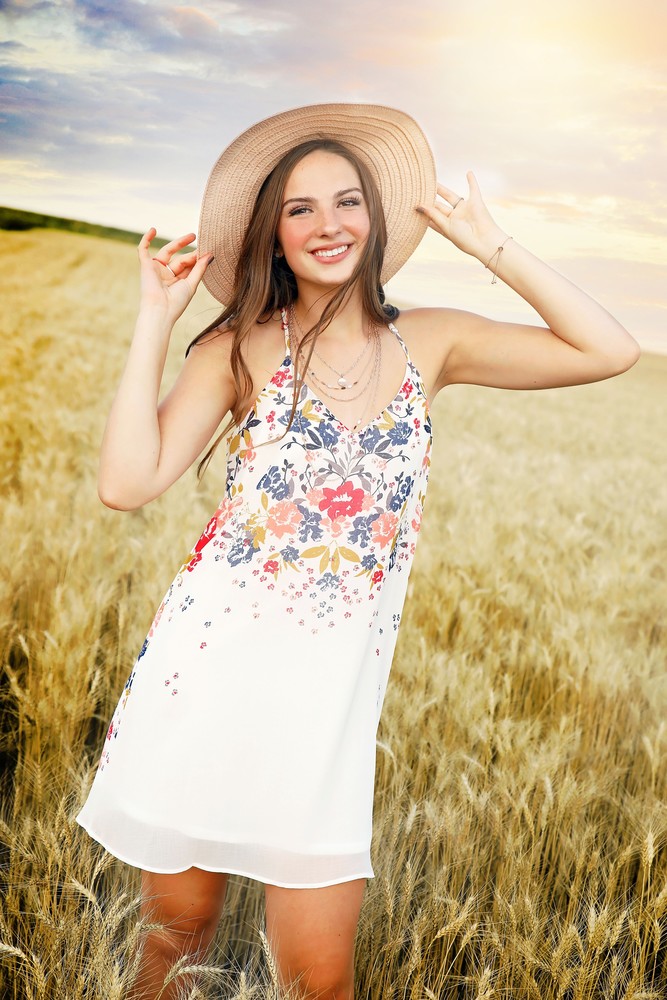 Beginning in October and continuing through April, 48 Nebraska high school seniors will be honored as Believers & Achievers.  Creek Valley Public Schools is proud to announce that Grace Timm has been selected as one of the 48 finalists.  Grace is the daughter of Ryan and Emily Timm.

Grace demonstrates high scholarly remarks ranking first in her class and maintaining a 4.0 grade point average.  In addition, she scored a 32 on her ACT.  Grace has been involved in multiple extra curricular activities:  volleyball, basketball, dance, cheer, choir, and FFA.  She is also actively involved with FBLA, art club, National Honor Society, play production, Quiz Bowl, Science Olympiad and has served as a class officer for the past four years.

Other honors include being on the Superintendent’s Honor Roll, the MAC Academic Honor Roll, and she was a representative for the area in the Cornhusker’s Girls’ State event where she was selected as an honorary Justice of the session.

Grace’s involvement in her community can be seen through volunteering for the various FFA projects and assisting at junior high games and track events.  Recently, she was selected to Varsity’s National Dance Alliance (NDA) for All-American Team.

All of the students nominated for the Believers & Achievers awards program represent the very best of Nebraska’s high schools.  Grace will be honored with an award at an NSAA Championship contest during the 2021-22 school year.  All 48 Believers and Achievers will be invited to attend an end-of-the-year banquet, celebrating their achievements.  During the banquet, eight individual scholarship recipients will be announced.

It is with great pride to announce Grace Timm as a recipient.  She is an exemplary student representing Creek Valley Public Schools.  Congratulations, Grace!