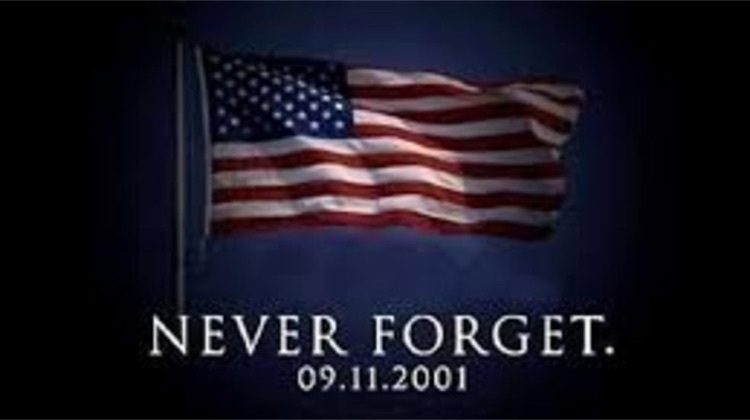 Eye of the Storm from the desk of Amy Hostetler

The rest of the school day felt numbing and shocking as we seemed to float through the day wondering what was going to happen next.  I remember having one of my students telling me her brother was working in the Pentagon for the FBI.  I remember going home that evening and still watching the news.  I remember my daughter, age 9 at the time asking me to turn off the television because she was scared, and I remember my other daughter, age 3 at the time, looking at us with questioning eyes.  Yes, I remember.

As we approach the 20th anniversary of the September 11th attacks on American soil, we must remember where we’ve been and where we want to be.  President George W. Bush at the Pentagon in 2008 said, “One of the worst days in America’s history saw some of the bravest acts in America’s history.  We’ll always honor the heroes of 9/11.  And here at this hallowed place, we pledge that we will never forget their sacrifice.”  The word pledge means “a solemn promise or undertaking.”

Every day in public schools, a time is set aside for students to voluntarily recite the Pledge of Allegiance in the presence of the flag in accordance with Rule 10 of the Nebraska Department of Education.  This ritual is not only conducted daily in schools, it is also used to begin many public meetings.  This “solemn oath” is one that defines us as Americans and our promise to abide by the laws established by our government.  Francis Bellamy, author of the Pledge of Allegiance wanted to create a strong sense of patriotism within our country.

In a small school such as Creek Valley, I believe it is equally important to create and nurture a strong sense of community within our school.  As we are kicking off our school year, I asked the high school staff how they felt about our saying the Pledge over the intercom and having it led by various student groups.  Previously, they had been saying it in each of their classes.  The staff felt this was a way to ensure that everyone was given the opportunity to say the Pledge, and they volunteered to be the first ones to lead it the first week.  In upcoming weeks, by sign up sheet, various student groups will be leading the Pledge such as the FFA officers, cheerleaders, and other classes.  Providing this opportunity empowers others to take pride in their groups and represent in this daily school routine.  I look forward to seeing the groups take ownership in this task throughout the year.

As we continue to remember and reflect this week on where we have been and where we want to be, I’ll leave you with a quote from Sandy Dahl, wife of Flight 93 pilot Jason Dahl, in Shanksville, Pennsylvania, in 2002 in regards to the events of September 11th, “If we learn nothing else from this tragedy, we learn that life is short and there is no time for hate.”  Take time to remember and be thankful for all that we have.

From the desk of Principal Amy Hostetler